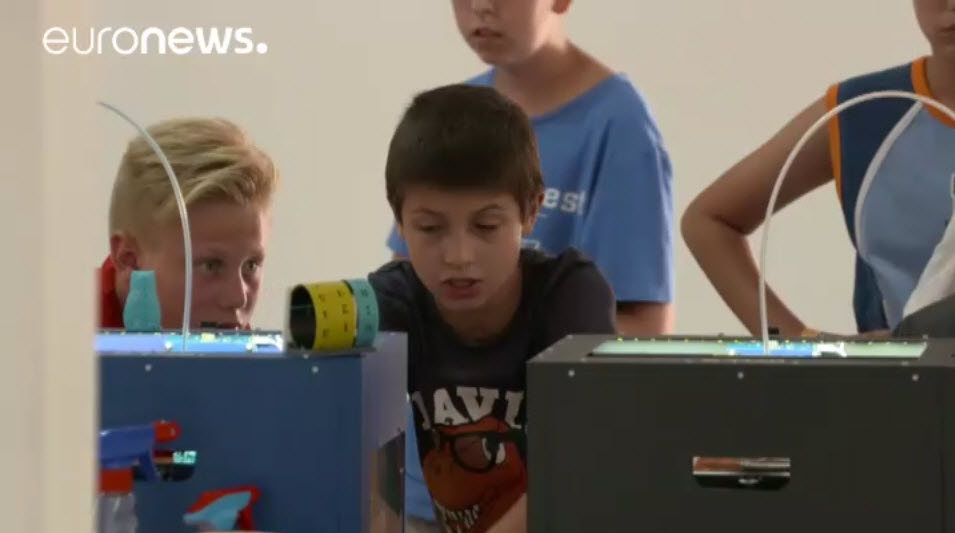 It looks like a typical children’s summer camp – only in the village of Zánka near Lake Balaton in Hungary it’s not all about outdoor activities: new technology in all its forms is also being promoted.

The scheme is backed by three Hungarian companies producing 3D printers who believe it’s important that children get to grips with such devices at an early age.

The project is already taking place in schools – now it’s being extended into the holidays.

“We believe that if we show this to the future generation, they will be able to use it and when they grow up, it will become part of their everyday life, they will use it and thus the technology will spread helping people’s daily lives,” said Attila Horváth, chief executive of CraftUnique, one of the companies involved.

The printers now cost around 1,000 euros but before long they should become cheaper and thus available for more and more people.

Fourteen-year-old-Tamás Csobolyó demonstrates the 3D printer to other children as it enables an object to be created. He has been using the technology for four years.

“I print and design things mostly for my classmates and schoolmates, but it also happens that someone finds me on the internet and orders something printed in 3D, and then I can design it for them, or they send me the model and then I can print it out,” Tamás said.

“It is very exciting how this machine works and it is good to watch it, and also how the boy explained it to us it seemed really interesting how he can make objects like this,” said one girl taking part in the demonstration, Karina Megyi.

Producing the plastic objects can take time. Some, like maps or pyramids are useful for education. Unsurprisingly, others such as Pokemon and Star Wars figures were also in high demand.